As we approach the holiday season, it’s time to look back at what has been a massive year for VRS. We also look ahead to what we think will be an even bigger one in 2022! 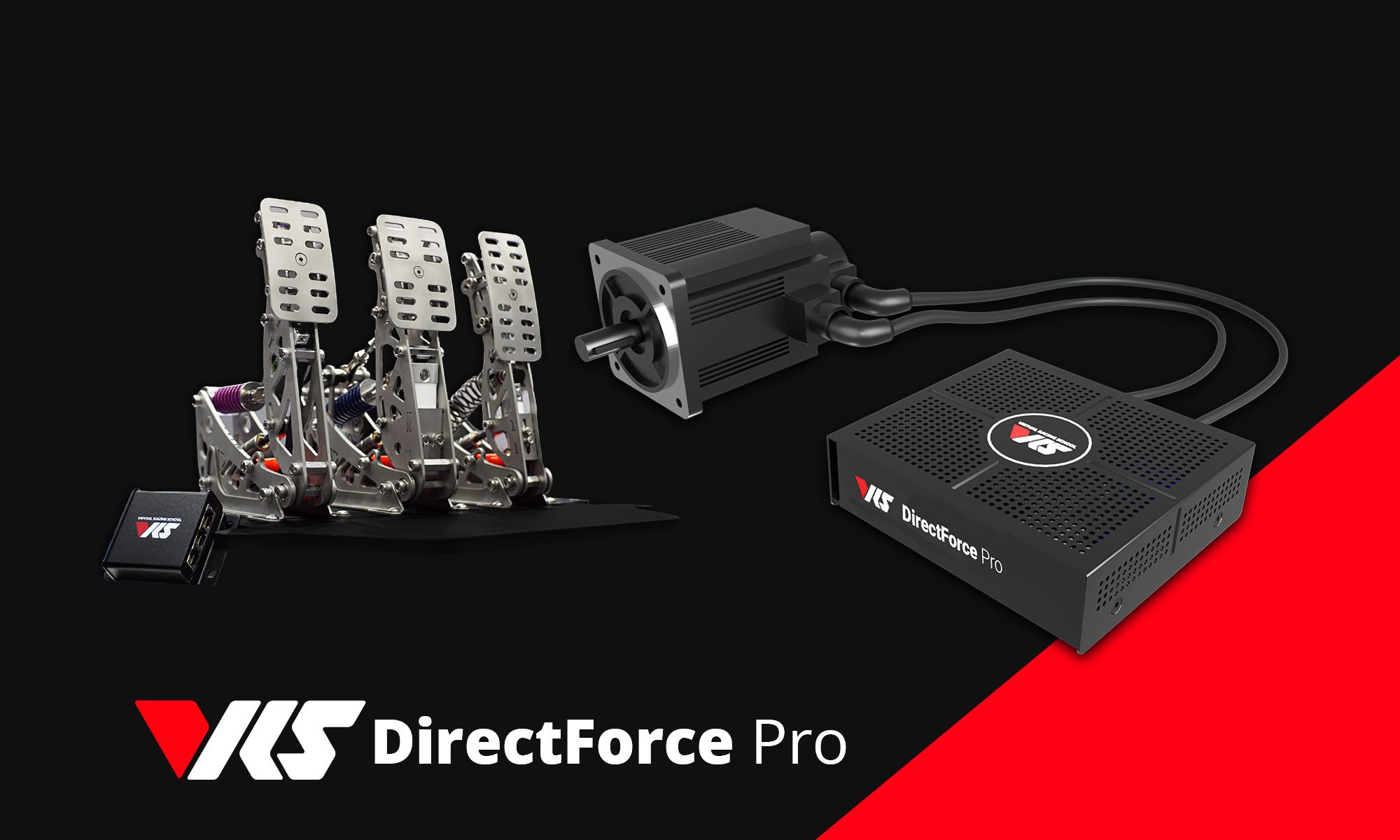 On the hardware front, we’re pleased to announce that we’re making solid progress in clearing what has at times been a very lengthy pedals reservation queue! This despite having to overcome major hurdles like the current global supply chain issues.  With some forward planning, thankfully we’ve been able to weather the storm reasonably well. In the very near future, we hope to get back to full time availability across our ever expanding range of hardware offerings. In the meantime however, the fastest way to get your hands on our gear is of course by ordering, or reserving a set right here.

Throughout 2021, our engineers and coaches have continued to refine the ergonomics and finer details of our soon to be released DirectForce Pro Formula Steering Wheel. Whilst not quite reinventing the wheel.. as ever, we aim to offer an extremely well sorted product that with the input of our pro coaches, will provide the high end features we all want, as always at a fair and competitive price. We’re super excited to share this with you all in 2022!

Since our last update, we’ve collaborated with IMB Racewear to launch a fetching new range of customizable VRS racewear. Multiple options of jerseys, boots and gloves are all available at the competitive pricing you’ve come to expect from VRS. Take a look at some of the great designs here.

For the new season, we have some new content to sink our teeth into; The well received 2021 Mercedes W12 F1 car is covered by multiple iGPS World Champion and general world beater Martin Krönke. Data packs and detailed tutorials are provided for both the fixed setup Grand Prix Sprint series as well as the open setup iGPS series that this car will run. 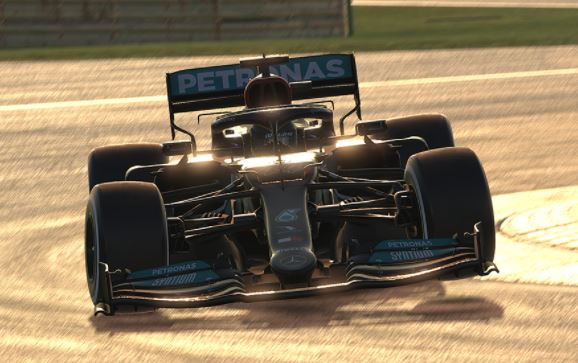 Two new TCR cars have landed in the form of the Honda Civic Type R and Hyundai Elantra N TC. Coverage is provided by the super fast Carl Jansson.

On the oval side, Nascar Class A finally moves to Next Gen cars in both open & fixed. Bobby Zalenski & Ray Alfalla provide coverage respectively.

For 2022, we’d also like to welcome the uber talented Yannick Lapchin to our coaching roster. The rapid Frenchman provides data for the Mclaren MP4-12C in the VRS GT Sprint series.

See below for further details on data pack changes.

As ever, we’d like to thank all of you that have supported VRS in 2021 and we hope you’ve enjoyed using the service, and indeed our hardware as much as we’ve enjoyed producing it. It really has been a manic year but we look forward to doing it all again and more in 2022!

Have a safe and happy holiday season. See you in the new year!

Summary of the datapack coverage changes:

VRS is happy to announce our new partnership with Dörr Esports founded in early 2021 by the Dörr Group,  one of the biggest sports car dealerships worldwide with brands like McLaren, Lamborghini, Aston Martin, and more in their portfolio. They also have a dedicated motorsports team – Dörr Motorsport – currently competing in the ADAC GT4 Germany as well as supporting a kart team with Kart Republic.

With a philosophy to support every level of racing,  they founded an esports team with the goal to recruit drivers that can win races and championships, so they approached the now three times ADAC GT Masters Esports Champion Moritz Löhner as their lead driver.

Together with Florian Hasse, Bence Bánki, Michael Rächl and Nico Nünninghoff plus their two real life drivers Christer Jöns and Ben Dörr the team has won two championships including the ADAC GT Masters Esports Championship and the CUPRA SimRacing Series, won multiple races and wanting to expand their team and commitment to different platforms as well.

VRS believes this will be a great partnership to help build sim racing as an esport, and to help provide opportunities for sim racers to have opportunities in motorsports.  We’re looking forward to sharing more about the  Dörr Esports team and their successes on both sim and real world tracks.

Be sure to follow them on social.  You can find them here:

The 2021 Porsche TAG Heuer Esports Supercup is about to finish at the iconic Autodromo Nazionale Monza (iRacing), and if you thought the drama was over because Josh Rogers has already clinched the championship, think again. VRS coach and Coanda Simsport driver Mitchell DeJong is in a heated battle with Red Bull Racing Esports star Sebastian Job for 2nd place.  DeJong leads Job by only 12 points, so the pressure is on both of them to be mistake-free.

And, if either of them has a major setback, Apex Racing Team’s Kevin Ellis Jr., Dayne Warren, and Coanda rookie sensation Charlie Collins are only about 50 points behind and within striking distance. So, expect some aggressive driving by the top 10 drivers.

Further down the standings, there is also going to be some furious competition you’ll want to look out for. Since the top 20 finishers in the overall championship get an automatic entry into next year’s competition, the battle for 20th is going to be just as serious as trying to get on the podium.  Coanda’s David Williams is only 8 points behind Moreno Sirica sitting in 20th place.  Sindre Setsaas is in 19th with a comfortable lead, but if Sirica and Williams have strong finishes, they could pass him and secure a birth in next year’s Supercup.  And, at Monza, anything can happen with the tight chicanes and unsettling curbs.

Whatever happens on Saturday, VRS coach and Coanda Simsport’s standout Josh Rogers will be crowned champion for the 2nd time in three years. The big question remaining is whether his teammate Mitchell DeJong will join him as runner-up or will Sebastian Job come through.  Or, will one of the long-shots grab a spot on the podium?  To find out, tune in to the VRS Twitch channel where you could win a VRS DirectForce Pro (3) Pedal set that Josh Rogers and Mitchell DeJong have been using the entire series by going to the sign-up page here and following the channel.  https://virtualracingschool.com/vrs-directforce-pro-3-pedal-set-giveaway/

You can catch the action on the VRS twitch channel here:  https://twitch.tv/virtualracingschool/

You also might want to watch on Apex Racing TV here: https://www.twitch.tv/apexracingtv/

With four races completed, the VCO ProSim SERIES is looking to be very competitive all the way to the final race in March. Round 4 saw VRS coach and Coanda Simsport driver Josh Rogers teamed up with professional driver Ayhancan Güven take the checkered flag at Interlagos to move him up to 3rd place in the Esports standings from 7th after his mishap the previous race. Rogers and Güven have won two of the first four races and Güven is currently in 2nd place behind Laurin Henrich in the pro driver standings.

Round 4 was a good comeback week for Coanda Simsport after a disappointing round 3 with the team claiming three of the top four finishes. Jeremy Bouteloup and Matt Campbell placed 3rd with Mack Bakkum and Sage Karam claiming the 4th place spot. The next closest finisher for the team was Tommy Ostgaard in 9th teamed up with Gustas Grinbergas.

Rogers took the pole position and started the race off right. He said, “Qualifying went well getting some clean air right out of the box. From there, I was just aiming to put in the cleanest laps I could waiting for around lap 5 or 6 when the car and tires would really start to come on. It was all about setting yourself up for those 1 or 2 laps, and in the end, I managed to do just that putting the car on pole.”

In the championship race, the drama from behind Rogers unfolded on the 2nd lap when Thomas Petitjean in 2nd place was involved in an incident with Max Benecke that resulted in Petitjean off track and into the wall on the exit of the Senna S and then at the back of the pack, and Benecke getting a drive through penalty. This opportunity helped Bouteloup and Bakkum to move up and contend for the podium. Meanwhile, Rogers was clear of the mayhem but the race was far from over. Rogers stated, “The car/track combo of the F3 car at Interlagos was insane! Such a combination of flowing high speed corners and tight hairpins meant for some great racing.” And, that’s exactly what happened.

Rogers raced clean for his entire stint and handed off to Güven who never let up. With this comeback, Rogers and Bakkum are in the hunt at 3 and 4 respectively with half a series to go. And Østgaard, Bouteloup, and Martin Krönke are still in contention at 9, 10, and 11. So, the next race on January 20th will be crucial in the run for championship.

You can catch it live here: https://www.youtube.com/channel/UCHF_QXIy02LIB3kTO6zkHlw
Or, if you want to see some up close and personal racing you can watch the VRS coaches on their Twitch channels here: