Your first week of oval racing is just about the same as when you try anything for the first time, so take it easy! One of the biggest mistakes that rookies make is trying to go too fast, too early. At first glimpse, an oval looks very simple. It’s got a couple straights and a couple long turns. This makes new drivers want to exit pit road and set a world record time on the first lap. However, you’ll soon realize that because the turns only go in one direction, and because the turns are generally longer than those on road courses, that the cars will be set up to only go left, that the car’s setup will be on the ragged edge of spinning out, in order to achieve competitive lap times.

There are fewer opportunities to make up time on an oval, so it ends up being a competition of who can go through the corner the fastest. Of course this applies to all of racing, but since road racing includes heavy braking zones and shifting, mistakes are more common and making up lost ground is a bigger possibility. You won’t be shifting at most ovals, and there won’t be much braking unless at a short track. So, you better be ready to put the “loose is fast” theory into practice!

But, before we get too far ahead of ourselves, remember that you’re just a rookie at this. Some day you may be burning rubber and hanging out the rear end through the corners, but for now, take baby steps. A good way to learn a track and car is to join an open practice session and simply observe other drivers, preferably the fast ones. There are also plenty of tutorials on VRS’ YouTube channel, and another, perhaps the best option, is to head into the VRS software and open a datapack (learn more about datapacks in 2.6).

Inside each datapack is a replay file you can load in iRacing itself, or you can open the Driving Analyzer (as seen on the image below) to see the inputs as well as the cockpit view. Make notes on how the driver is positioning the car, where it touches the outside and inside of the corner, where it picks up the revs. These minor details are very important on an oval. Missing your mark by a foot can be the difference between running up front or in the back.

Once you’ve seen how the fast drivers go around the track, try it yourself in an offline session. Make sure that you can complete a clean lap, and then two, three, and so on. Eventually, you should be able to complete ten consecutive laps without incidents and achieving a very consistent laptime. If you’re having trouble accomplishing this, simply slow down. Eventually you’ll find a comfortable pace that will allow clean laps. Sure, it may be slow, but being able to complete clean laps and finish races is the most important thing to do as a rookie. Overdriving the car and crashing is highly unproductive.

After you’ve learned to race cleanly, it’s time to join others on track. Go back into an open practice, and run clean laps just like in testing. There is usually quite a bit of crashing in these practices, so you’ll get a chance to practice wreck avoidance. Intentionally find packs of cars and pretend you’re in a race. Get used to having someone right in front of you, blocking your vision into the turn, and someone right behind you filling the mirror. This is what will happen in the race. Practice pit road entry and exit as well. Basically; do your homework. Once you’re comfortable and confident in your ability to run clean laps and not cause an accident, sign up for a race! Remember, you’re a rookie. Don’t ask too much of yourself, and focus on finishing the race. Have a good time out on the track, and learn as much as possible with every single lap. Most importantly, have fun! 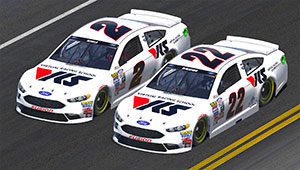 With the growth of VRS and the positive feedback that we’ve received on our driver improvement software from road competitors on iRacing, we’ve been frequently asked when ovals would be covered by the VRS platform. One requirement for us was always to work with the best coaches, to allow our users to compare their data against the best drivers on iRacing. If that wouldn’t be possible, why bother?

We’ve managed to do just that, and hence we’re thrilled to announce that we’re starting a partnership with Slip Angle Motorsports to help optimize the VRS platform for oval racing.

Two of their NASCAR PEAK Antifreeze Series drivers, Ray Alfalla and Bryan Blackford, will be supplying datapacks for the most popular oval series. Additionally, Ray and Bryan will be available for one-on-one coaching sessions, and, as part of the partnership, their team’s cars will prominently feature the VRS logo. 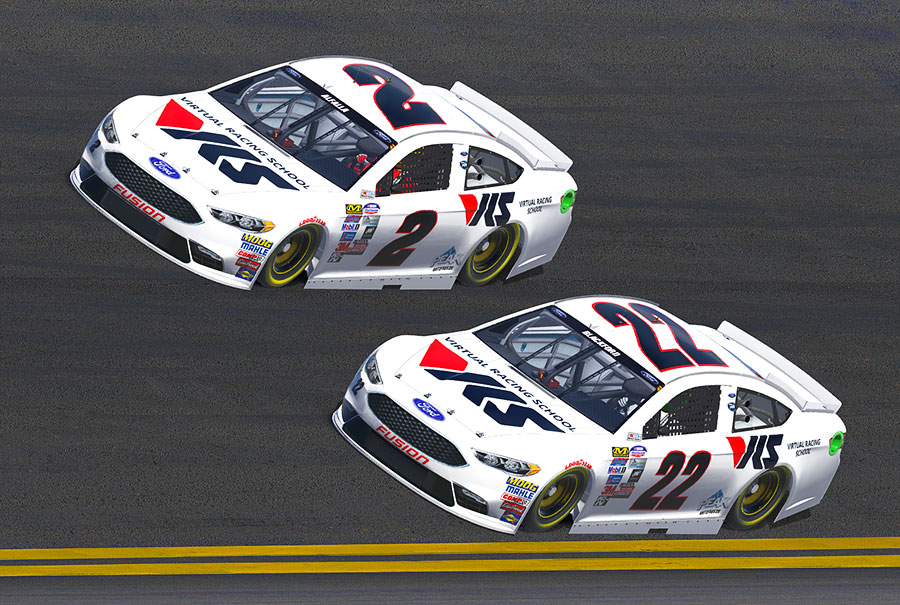 Ray Alfalla, three-time iRacing World Champion:
“I’m happy to kick off the 2017 NPAS season with VRS on the car! This is a great opportunity, and I can’t wait to hit the track at Daytona as a VRS driver and coach.”

Bryan Blackford:
“I’m proud to be affiliated with VRS, and look forward to utilizing their service this coming NPAS season! I’m also excited to begin training others through their coaching platform.”

Lisa Pineda of SAM:
“VRS is the perfect match for SAM. Mixing sim racing and education has been a winning formula for us for the past four years. We look forward to working together in 2017 in NPAS as well as in the virtual classroom.”

Peter Dimov of VRS:
“Being able work with the best, like we’re already doing on the road side, is amazing. Ray and Bryan are super fast and some of the nicest guys you’ll find in the community. We really look forward to working with them to make VRS the go-to tool for all oval iRacers.”

Stay tuned for updates on when the first oval datapacks will become available, as well as detail on a fan contest we are putting together.