This year, Coanda Simsport was the team to beat on the road circuits of iRacing. They won both the Blancpain GT Series World Championship, as well as the World Championship Grand Prix Series. VRS is partner and sponsor, and we catch up with two of Coanda’s Grand Prix drivers, Martti Pietilä from Finland, and Martin Krönke from Germany.

When did you start to use telemetry?
Martti: “Actually, this was over twenty years ago. In Grand Prix 2 there was a plugin with some telemetry data, which I used to optimize ride height and racing line. I’m still using telemetry for that today, only more functions have been added. In iRacing, I started using telemetry in 2011 when I started driving the Williams FW31. That was a more difficult car than anything I drove before that, and on a certain level, telemetry was a necessity.”

Martin: “When I started with iRacing in 2010, there wasn’t any telemetry, but in the summer of 2011 there was. I downloaded it, opened it and was overwhelmed and immediately closed it again. But late 2012, I was getting a little frustrated in the iWCGPS and results didn’t come, despite hard preparations. I bought a few books on telemetry and on how to use it, and I learned how to look at telemetry. I read through over 800 pages to learn what happens with a car during races, and from that moment I use telemetry as much as I can. Although I must say, VRS is a lot easier than earlier generations of telemetry software.”

How is using VRS for the Grand Prix Series?
Martti: “For me, its mainly for setup perimeters and comparing my driving against my teammates. There’s always gains to be found, mainly in racing line or braking. I compare my data mostly to Martin, because Mitchell (deJong) is in a different timezone and we rarely practice in the same session.”

Martin: “There are different uses, depending who you ask. I mostly use VRS to do simple tasks very quickly, like checking fuel consumption across a stint. I also compare my driving to teammates, but in most cases there are only minimal differences. I can sometimes gain a couple of hundreds in sectors by looking at Mitchell and Martti’s data,” 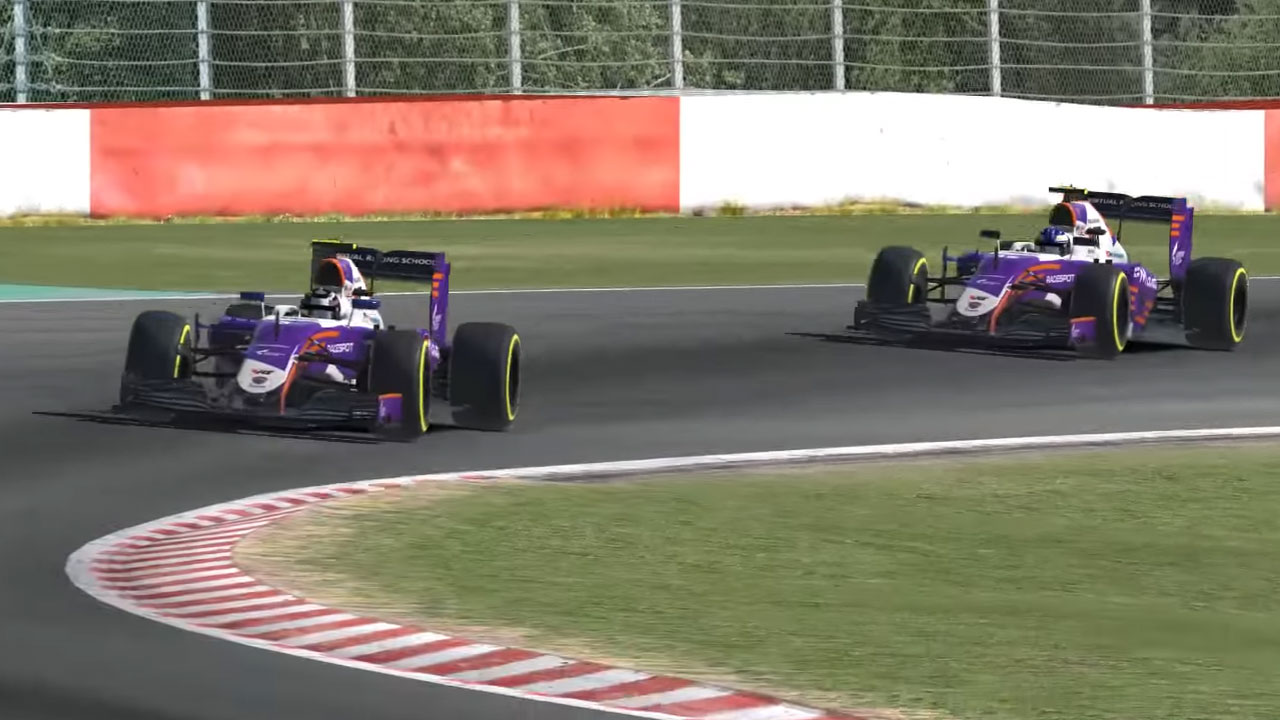 Has VRS contributed to Coanda’s success?
Martti: “Definitely. Before, we analyzed with different tools, but VRS is way user friendlier. You don’t need to transfer telemetry files between users via FTP or email. You just do a couple of laps and within seconds you can load the data to see what the effect is. That speed, along with all the functionalities, greatly eased our preparations and speed up the process, allowing for more exploration.”

Martin: “Yes. We were already using it last year, but this year we improved our methods. VRS and telemetry in general is a superior way to practice. You can do certain things by feel, but chances are you won’t hit the ideal point. Telemetry is faster and more analytical, more reliable.”

Are there different driving styles within the team?
Martti: “Only tiny differences. I think the biggest difference with Martin is that I’m usually a bit harder on the brakes in the final phase of the braking. That’s also where Martin usually gains time on me.”

Martin: “I think all Coanda drivers have a very similar driving style. Also setup-wise we’re very close, with the biggest variable being the throttle shaping.”

What do you think of Mack (Bakkum) possibly joining you in the iWCGPS next year?
Martti “It’s always interesting, having a new driver join and to see what his style of driving is. I’m used to seeing what Martin does, so it’d be nice to see what Mack does, maybe we can learn from him.”

Martin: “I think he’s a great addition. Back in 2014 he already prove to be extremely quick in the Williams FW31. As a pro-licence driver he’s been performing well. He also showed it in last week’s race at Circuit Gilles Villeneuve. Maybe he has to improve his qualifying pace a bit, but the talent is there. I’m sure there’ll be corners where he will be competitive and faster than me, and we can all learn from it. That was also the case with Mitchell. So yeah, as far as telemetry goes, I’m looking forward to having another source of data.”