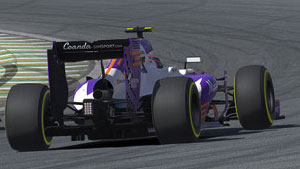 Written with the expert advice from driver coach Martin Krönke.

You can learn all there is to know about the car and circuit, have the best setup, use the VRS software and the datapacks, have the best driving coach and still be slow. The biggest factor in making you faster is practice and actual seat time in the simulator. In this article we dive deeper in how to get the most out of your time.

Scheduling
Practising little and often is better than practising rarely for longer periods, even if you spend the same amount of time in total. If you can, limit your practice to 1 or 2 hours per day, instead of binge-practising for hours on end in the weekend. After 2 hours you’ll likely reach a plateau, begin to lose concentration and start making mistakes, which then cause frustration (and that won’t help you). Also, since you’re mentally draining yourself, you’ll draw less feedback from the car, and internalise fewer lessons and techniques. It’s far more effective to cut your practice schedule into multiple short sessions: you’ll learn much quicker.

Martin: “When I have lots of time on a day, I prefer to practise 45 minutes, have a 2 hour break, and practise for 45 minutes again. Practising longer is counter productive. And when I don’t have much time, or I don’t feel like driving, I just practise for 20 minutes. It still helps.”

Basics first
When you start learning a new car and track combination, first focus on getting the fastest line and getting your braking and turn-in points right. Once you can lap around the circuit cleanly and consistently, it’s good to have a look in the VRS datapack, especially the replay file, which you can view from inside the simulator to learn about the line and braking points. With the datapack, you can also compare your lap in the VRS software to see where you can gain time (make sure you run Default Weather in your test session).

If there’s no datapack available, you can head to YouTube to search for onboard laps where you can see driver inputs (braking, throttle and steering) to learn from others. Otherwise, head into a public session and try to keep up with drivers faster than you, and learn from their lines.

Aim for the least distractions
If there is a datapack, opt for this as your one and only reference and first practise in private test sessions. As a beginner, you want the least amount of distraction, and a public session (let alone a race session!) will give you lots of traffic to take your mind away from learning.

But don’t push too little either, you won’t learn much  from just cruising around the track. It’s okay to get off-tracks or even crash a few times, that’s what practice is for, and it’s part of finding your limit. When you crash, and you don’t really understand why, spend some time checking the replay or telemetry and try to learn the cause of the mistake so you can avoid it happening again.

Forget about setups
If you’re a new driver, don’t focus on setups, it’s not the biggest of your concerns. If you’re using a decent baseline setup which is stable, you should be fine. When you’re 3 seconds off the pace, probably only 0.3 seconds is down to the setup. Just take our word for it, and put your efforts into finding the biggest chunk of time you can gain: the 2.7 seconds. 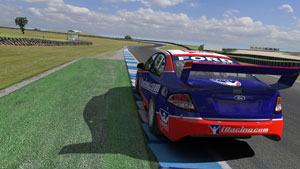 Hotlapping versus full stint practice
When you’re in a public session it’s nice for bragging rights to achieve the fastest time, but it’s really not that important. They’re usually driven on low fuel, and it’s far more productive to have seat time preparing for race stints. Typically this comes down to the mentality you have for each: When hotlapping you tend to push 100% and either abort or crash during a lap which isn’t looking fast enough. For stint practice the mentality is just as much about conservation and managing your performance in order to survive much longer versus outright speed, and as a result you fall into a rhythm much easier and most of the time this leads to a more controlled progression and improvement. Just try to avoid the temptation of hotlapping, and instead look forward to beating hotlappers on race day.

Practising versus racing
If you want to improve your pace, use practice / test sessions. If you want to improve your racecraft, there’s no substitute for racing wheel to wheel with others. However you can, to a limited degree, train your racecraft in practice sessions by following cars, overtaking and trying multiple lines with fewer consequences if it goes wrong. There’s no substitute for actually racing to though especially when it comes to handling pressure.

It’s important to realise though that a race environment is the least likely to result in outright speed improvement, because you have multiple distractions, and you can’t afford to take as many risks or experiment with new lines or braking points.

You’ll need both though. We suggest that you start with lone practice early in the week while you are learning the track and getting up to speed. Near the end of the workweek start practising in public test sessions. Then, on the weekend, aim to do four races. There’ll be more drivers racing on the weekend, and so there will be more ‘splits’, meaning you’ll be shuffled in with drivers more equal to your skill level, which means more close (and fun) racing. If you race more than 4 races, the points from your top finishes get averaged, so you are likely to end up with fewer championship points for the week (learn more here).

Never jump into a race when you’re unable to drive a lap cleanly and consistently. A good rule of thumb is to spend at least 50% of your time on track for practice purposes only.