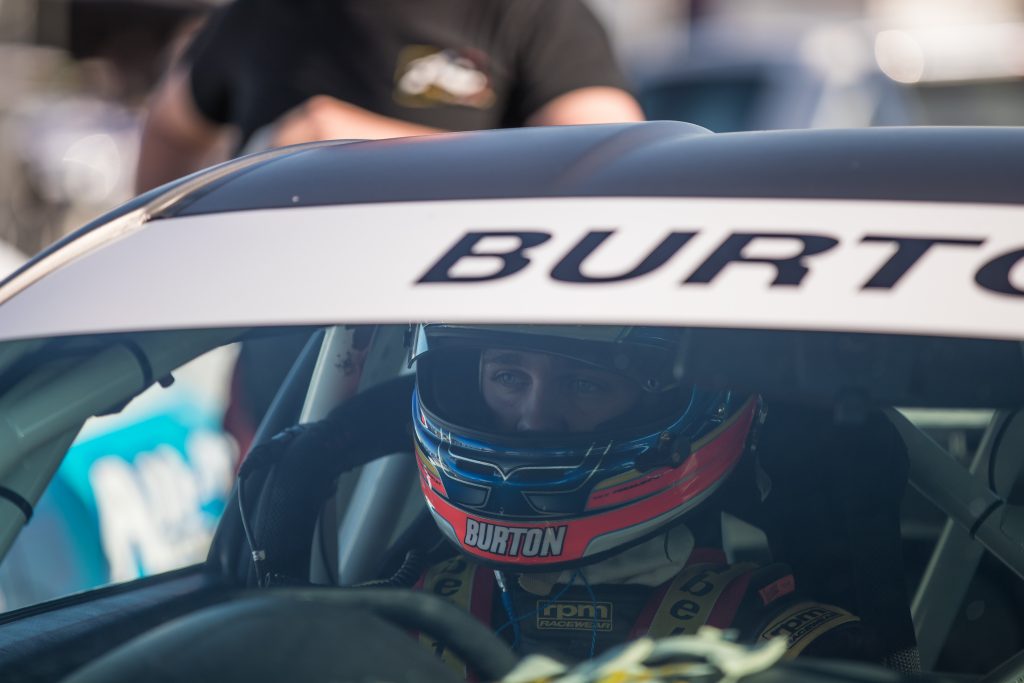 Jake Burton, VRS Coach and real life professional racing driver, became one of the first drivers to experience the VRS DirectForce Pro. Jake discovered the VRS DirectForce Pro to be a much better representation of feedback in his real race car, and found ways the enhanced feedback could be used to improve on track performance, both in speed and racecraft.

Jake Burton started karting 13 years ago. He’s a 2x Western Australian state karting champion and 2017 Aussie Driver Search winner. He competed in the 2018 season of the Toyota 86 Racing Series. Jake was been simracing for 10 years and has competed in highly competitive series such as VRS GT Endurance iRacing World Championship and VRS V8SCOPS.

As a sim-racer of 10 years, 7 of those years in iRacing, I found that an essential part of winning races in (sim) racing, is being consistent. Ensuring my hardware was as consistent as possible translated to my lap times and race performances being as consistent as well. I have even been known to use the seatbelts mounted in my rig to keep me from leaning and having a different perspective on my monitors. And I expect my hardware to give me consistent feedback and consistently accept my driving inputs. I had settled on my Logitech G27 wheel and Fanatec ClubSport v2 pedals and I actually felt like I was performing better than I ever had in the sim. I had been following the developments in the direct drive community and it was always something I wanted to try. However, I doubted that an expensive upgrade to a direct drive system would be worth it for me.

In the Fall of 2018 I got the opportunity to test a prototype of the VRS DirectForce Pro steering wheel system. I took the plunge, and made some modifications to my old rig to accommodate for the Small MiGE motor, and sourced a modified Fanatec Formula Rim from one of my sponsors to be the medium between the VRS controlled motor and my hands. Once I finally had the opportunity to get everything running, I remember opening up my first test session, it was the HPD at Sebring, as I was preparing for the NEO Endurance Series race there in the coming weeks. I also thought this would be worthy test for the new system, being an extremely stiff, high aero car around one of the bumpiest circuits. From the the second I left the pits I was in love.

It was nothing like the G27. As the consistency freak I was, I thought it would be difficult to cope with this extremely different feel of the wheel (10x stronger than what I was used to in the sim). In reality, it was the opposite. It felt just like real life, and as a sim racer of 10 years and real life racer of 13 years, those worlds had never felt more aligned. The G27 had given me a false interpretation of where the limits of force feedback technology were, and this honestly felt more like driving my real life racecar than driving the G27 sim that I was used to. Within a couple of laps I had matched my personal best around Sebring from before, but I was having so much more fun. Coming into turn one at 240+km/h, and feeling the resistance go from heavy to light and back again as the front tyres hit the bumps, and feeling the spikes in the force feedback as I rode the ripple strips through the LeMans complex, it was sim-racing heaven.

It’s a bit of a misconception that direct drive systems just provide heaps more resistance, of course this can be true if you set your base strength higher, but what I learnt in that first session is what makes these systems special is the big operating range available as a result of the large torque potential of the motor. You may only use 2-3Nm of resistance in the mid-corner, but unlike the G27 that I was used to, which was maxed out just to provide that resistance, the VRS Direct Force Pro could spike up to say 15Nm for a fraction of a second when I hit a bump. This is something I, like many people, didn’t understand about a properly configured direct drive system until I had a go for myself, and it provides you so much more feedback and with that, immersion.

I spent hours that night driving every car I could think of, and I had an extremely late night and waking up for work in the morning was hard work, but I didn’t regret it. As the massively competitive driver I am, I started to look for ways to capitalise on this new product to convert to on track performance. I found a few immediate advantages. One of the most obvious benefits for me was how the operating range enhances your ability to quickly judge the grip the car has available. The more the tyre grips the road, the harder it is to turn the steering wheel. So you feel the available grip as the resistive force of the steering wheel. The first benefit of this for me was being able to feel the limit of the car much quicker, and this helps with preparation a lot. The quicker I can get the most out of the car as a driver, the quicker I can start to focus on car setup and racecraft. This effectively expedites the whole preparation process. This was most notable for me in the significant reduction in time taken to prepare my data packs for VRS, as I am able to get to the limit and achieve a competitive lap time in a much shorter time. It was also feeling more confident racing in series where I had limited practice/preparation time.

The second major benefit I discovered is related to car positioning and racecraft. It comes down to the same basic idea of being able to ‘feel the grip’ on a piece of track that you don’t normally drive on. Being off line the grip may not be as good or there could be bumps that you need to compensate for, and the wheel gives you feedback as to whether you’re going to pull the car up in time, or overshoot and hit your competitor in the door. This feedback can inform you enough to make a decision that could save your race, and I have noticed a distinct improvement in the reliability and consistency of my overtakes since using the VRS Direct Force Pro system. Even little things like trying to make the most of your pit lane entry, and braking as late as possible on a bit of surface you don’t normally drive, particularly in a car with no ABS braking system, it makes it much easier to not overdo it and make the most of the entry. This is particularly relevant to me as my main cars are the V8 Supercar, GTE Cars and the Porsche Cup, all cars that don’t utilise ABS brakes. Racing these cars can be very difficult in the sim because you don’t have all the sensory information like you do in real life. As a real life racing driver, the detailed feedback of VRS DirectForce Pro certainly brings my simracing experience closer into alignment with my real life experience.

For me, using the VRS Direct Force Pro system has made a huge difference to my results and overall enjoyment when I jump behind the wheel in the sim, not to mention provide me a much more realistic platform to prepare for my real life racing events. Many people who use correctly configured direct drive systems say that they could never go back to what they had before, and I am fortunate enough to say that I join that club as someone who couldn’t go back, without massively compromising my feel and enjoyment factor in sim racing.