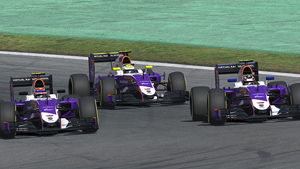 When I talk to people outside of sim racing, I raise some eyebrows when I say when I say that I’m part of a simracing team. People wonder what the benefit of that could be, since you don’t need a crew to assemble the car or bolt the wheels on during a pitstop. There are various reason I give them though.

Firstly, even though it’s through the internet, it’s just way more fun having like-minded people around you. The reason we’re sim racing is to have a good time! The social aspect in online sim racing shouldn’t be underestimated. When you’re racing against other people around the world, why not spend a moment chatting with them!

Secondly, teams provide benefits which allows you to do stuff that you can’t do alone, such as endurance racing. In normal “sprint” racing, you only have to answer to yourself if you crash (and maybe the person you took out as well). But in team endurance racing, you would be sharing a car with multiple drivers around the world, so you have to bear a greater responsibility. The races might last up to twenty-four hours, and the team members can’t lose focus at any point, no matter if they’re driving, spotting, or being a backup driver. A small mistake might cause damage that can cost half an hour or more to repair, and put days or weeks of preparation to waste. Many say that just finishing an endurance race is a victory on its own, and you get to share and celebrate that achievement with your teammates. 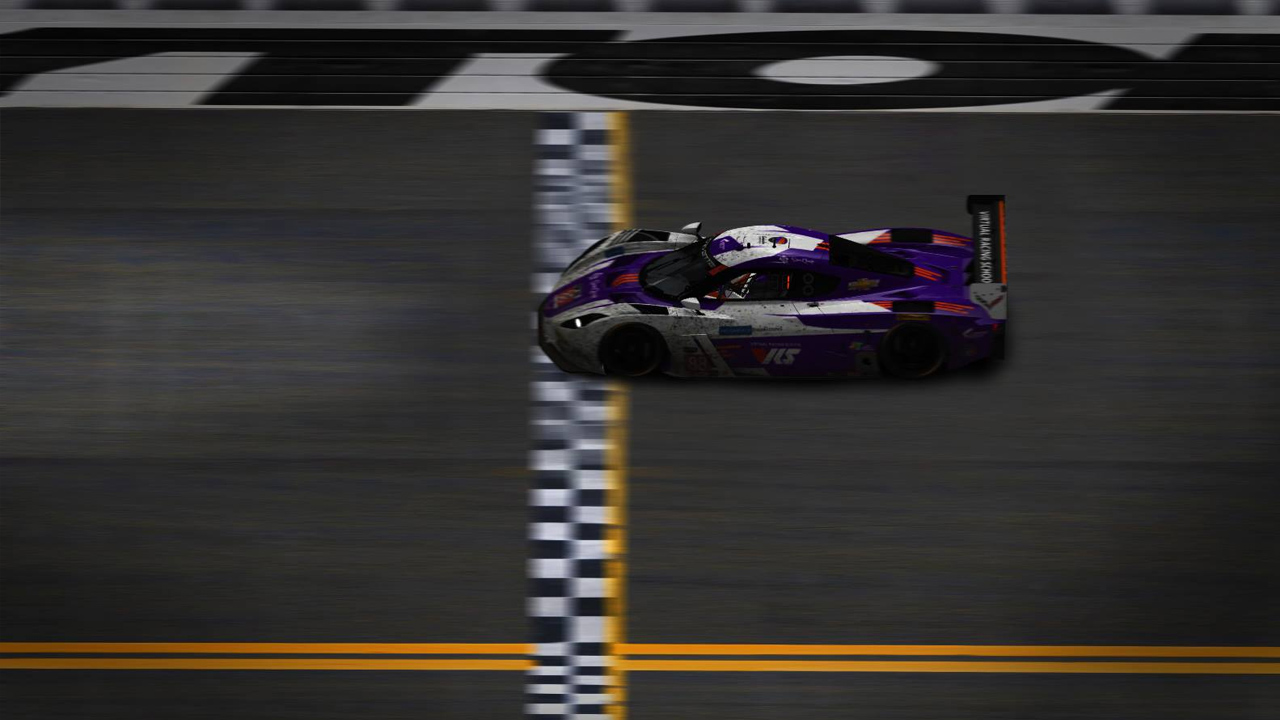 Then there’s the performance aspect. Just like a real racing team, a sim racing team’s purpose is to maximise performance. The way it does this is different than a real racing team, but that doesn’t mean the goal is any different. Teams usually have drivers participate in the same series, so that teammates can challenge each other during the preparation, try out different set-up parameters and compare their driving, either just visually or using telemetry. Whenever one feels that they’re stuck with their driving, they can look at driving line and inputs from teammates who are just a few tenths faster and ask them how they achieve it. And with teammates you can practice different racing situations, for instance going side by side through Eau Rouge. You wouldn’t do that in a public practise session (let alone in a race), but private team sessions with voice communications allow this.

Opening doors
If you’re just starting with sim racing, your chances of joining a team are somewhat slim. But as you progress performance-wise and chat with some people in session or on the forums, you’ll quickly find people to hang out with, and either you’ll either be invited to a team, or apply to a team, or you can found a new team with your racing buddies.

Just know that everyone is allowed mistakes on track, especially in the early stages of their virtual careers, but what you should take care of from day one is your behaviour in public. Everyone is entitled to their fun, their opinions, but not at the expense of other. The top teams usually have some sort of sponsorship contracts, which requires team drivers to represent the team and the sponsor in a positive way online. Offensive, childish, annoying, or basically any unprofessional behaviour is something that the teams don’t want to see among their ranks.

Having good sportsmanship and consistency on track, paired with positive attitude should open many doors. The opposite also works. Being involved in many crashes, blaming others for your mistakes, or even make snarky comments, means the doors will likely shut quickly and stay shut for a while. People will remember things for surprisingly long time. The sim racing community is quite tight, and nearly everybody knows everybody.

Top teams
If you’re a fast driver, and conduct yourself professionally, it would be realistic to get in one of the top teams. As said, the circles are small and teams are likely to notice you, especially if you are consistently topping the sheets. Top teams are really something that can turn you from a good to great driver, and you can only be the best with having the best people around you, comparing your setups and telemetry data to those of other top drivers.

If you decide to contact teams directly, mention what you have to offer. If you’re expecting to simply get your hands on setup files and a spotter, it’s unlikely there’s a place for you. But if you turn the table other way around and show what you can bring, then people might listen. Identify what skills you can bring to the team, such as software skills, understanding of vehicle dynamics and telemetry analysis, marketing skills, website design, graphical design, management, you name it. If you’re really good at something, many teams would be willing to take you onboard. So if you see a team website that needs an overhaul, talk to the team about it, get to know the guys, and maybe get yourself into the team. Don’t forget to overhaul the website, too!

Never forget why you’re sim racing
In the end, it’s most important that you end up in a team where you feel comfortable in. It all depends what your own goals are. Top teams require more from you, but in return can give you lots of benefits and support. Other teams might not stress that much if you and the team are not putting that many hours into practising. What I’ve learnt during my virtual racing career is that when you have a group of people around you who share the views of how to conduct the team, and have the same targets and ambitions as you do, you will be enjoying your time in the team the most. And when you enjoy what you do, the results will follow! 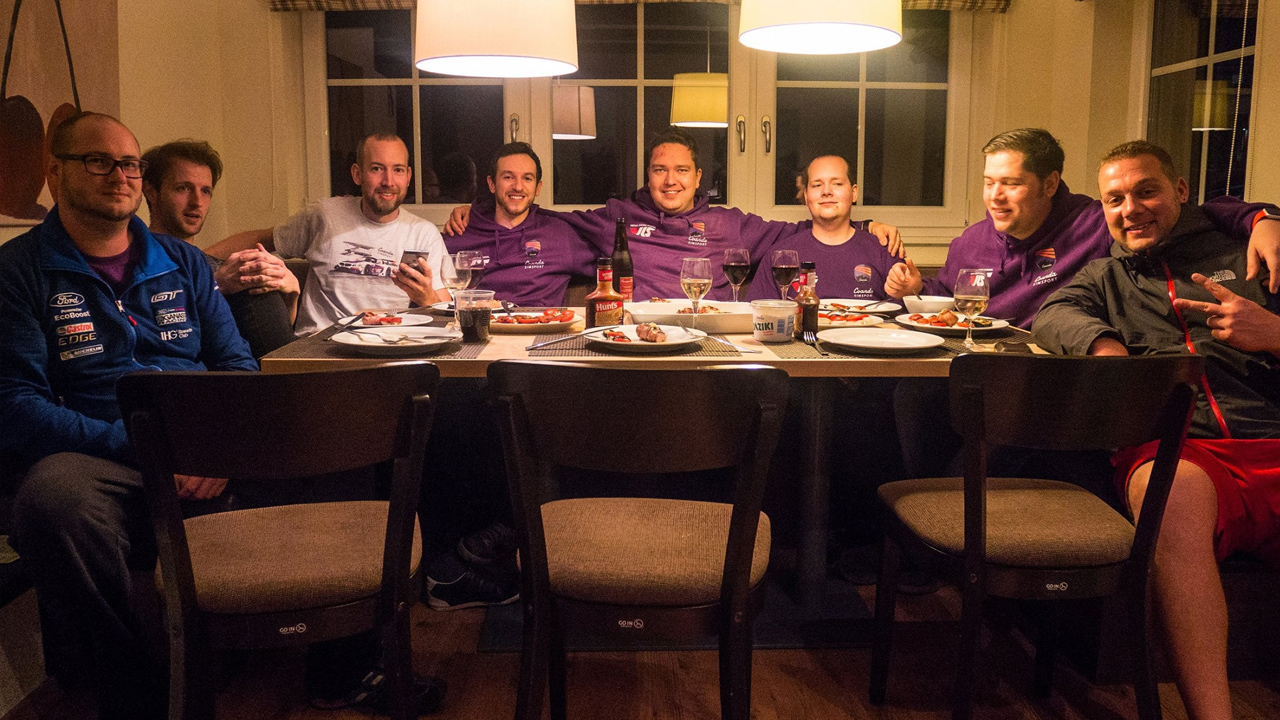