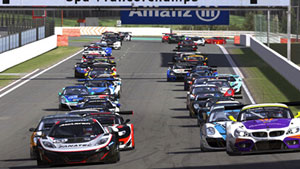 Written with the expert advice from driver coach Martti Pietilä.

With your first season about to begin or underway, it’s good to know what you may want to expect from yourself, both short and long term. This will help you stay motivated and progress on a clearly defined path.

Two ways to progress
There are two ways to move forward in your iRacing career. ‘Vertically’, so to say, you can move to a new series, which is enabled by a promotion to the next license class (there’s Rookie, D, C, B, and A). You can also stay within a series and progress ‘horizontally’, based on iRating.

Both, to an extent, have the same effect, meaning you move up the ladder and will be drafted in with quicker and more experienced drivers.

First season
Regardless of where you go, your first season should be spent in the Production Car Challenge or the MX-5 Global Cup. Attendance is probably highest in the latter, as it’s seen as iRacing’s equivalent to karting. In the sense that it’s the ultimate grassroots series, so we highly recommend the MX-5 Global Cup.

The goal of your first season in one word: mileage. Try to focus on enjoying the races and getting to the finish with all the parts still on your car. There’s no point in trying to overdrive the car and getting demotivated from the struggle and lack of pace, nor is it useful to risk getting involved in a crash.

There isn’t a championship at stake here, you need mileage and seat time most of all, as that’ll make you a better driver. Don’t make a name for yourself as a wrecker. Key points (for any season in a new series): enjoy the driving, get to the finish and slowly build up your speed.

If you feel you’re on the pace and driving well, you can progress up the ladder of motorsport. If not, just do another season of the same series and see what else you can learn. Progressing only makes sense if you’ve learned enough. If you’re advancing too quickly, you’re going to get in cars above your skill level and you’ll lose iRating, Safety Rating and eventually, motivation. It’ll only get tougher. This advice applies to any season end, not just your first season. It is not advisable to change series mid-season. It takes time to get used to a car.

Progressing vertically (to a new series)
If you’re wanting to move on from the MX-5 Global Cup, it’s a good idea to plot out your ‘end-game’. Where do you wish to go? There are a few series which make claim to being the most prestigious in iRacing, such as the Grand Prix Series (and its World Championship Grand Prix Series), and the Blancpain Endurance Series (and its World Championship version).

Because of iRacing’s rating mechanism, competition is high in any series, so don’t look for competitiveness. Ask yourself: do you prefer to race open wheelers, road cars, touring cars, endurance or GT3 sprint races?

Open wheeler drivers, your route should be like this:
Skip Barber -> Star Mazda or Formula Renault 2.0 -> MP4-30

Progressing horizontally (within your series)
If you like a series, for instance the MX-5 Global Cup, you can stay within the series and climb the iRating ladder, to compete against better drivers.

Since rookies start with 1300 iRating, you’re not going to come across many rookies if your iRating is above 2000, unless there are no ‘splits’.

When more people sign up for a race than the grid can handle, the race ‘splits’, and the half with the highest iRating gets drafted in together, and the same for the half with the lowest iRating. A single race can be split multiple times. If your iRating is high, that’s better, because you’ll be with more drivers equal to your iRating. It’s a great way to learn and see if you can progress. During the weekends, there will be plenty of races with an average participant iRating (or SOF – strength of field) of at least 3000.

Yet we believe that if you’re new to iRacing, you probably want to progress to a higher class series. We’d also recommend this if you want to race at an elite level eventually, because you’ll develop much more as a widely skilled driver by driving different vehicles. You can always return to racing series like the MX-5 Global Cup on a higher level, once your iRating has increased.

Motivational goals
Goals should keep you motivated, but keep them realistic. Do you want to be the best in iRacing? That means a multi-year commitment of several hours per day, no slacking (this is only for a rare few).

Everyone should have a long term goal, specific for them. Maybe you want to practise for real life racing, maybe you want to win a Blancpain Sprint championship. Whatever you want, it’s important to realise that iRating and especially License / Safety Rating are not necessarily great end goals (there are way too many ways to game the these ratings).

A good short-term goal is reaching the top twenty in your division of that season in a particular series. Divisions are basically rankings within series, determined by your iRating at the beginning of the season. This means your division consists of people at your level, and as a result this is almost always an achievable goal.

The division ranking takes your best result (out of 4) from the week and uses that in the series standings. Perhaps at first it may feel like you have no chance, but as the weeks go by, your pace will increase, others will drop off, and drop weeks come into play, so only your best 8 weeks out of the 12 weeks count. Try to become champion of your division as an ultimate goal.

Think about where you want to go, and let this all motivate you, let it push you harder!

You can try any car, but for road you’ll need the Pontiac Solstice or Global Mazda MX-5 in order to progress from Rookie license to license class D. We recommend the Global Mazda MX-5 Cup car. The Mazda is light and low-powered, so maintaining cornering speed is key. This is perfect for learning.

Recommended practice tracks are Lime Rock Park, Summit Point Raceway and Okayama Short. The Mazda goes really well on these circuits, plus they’re short so you’ll learn them more quickly. Alternatively, you can check which weekly track the Global MX-5 Cup series races at, and load that for your private test session.
It’s important to join a private test session first, before joining a public session, let alone a race. A simulator isn’t something you can just jump into, plus there are some things you need to learn about iRacing. We recommend you spend a good portion of the week in a private session. (We’ll talk more about this in scheduling)

And make sure you select Default Weather.

Default Weather explained
iRacing sessions can be held in outside temperatures from 18 to 32 degrees Celsius (65 to 90 degrees Fahrenheit), which greatly affects the performance of your tires and thus your laptime. It’s best to use Default Weather to allow better comparison with future laptimes and to then compare with other telemetry data, or VRS data packs which are always driven in Default Weather also.

Load the sim, set your video settings to what your computer can handle and calibrate your wheel and pedals. Then, set the Field of View via the calculator in-sim in graphics options. YouTuber KrazyDan explains it in this video.

Field of View explained
The FOV is very important to get right, otherwise your screen won’t display accurate real-world proportions for your view of the cockpit, track and your perception of distance and speed. If your FOV is off, your judgement and reactions will likely be off as well. Avoid choosing a wider view because you want to see your mirrors or your wheels, it’ll likely hurt your performance.

In the graphics menu, you can find your FOV settings. Measure your monitor and your distance from it, and let iRacing calculate your FOV. Single monitor users may find it necessary to compromise with a slightly higher value than calculated, but you can reduce the need for this by having the monitor as close as possible.
Going around
Don’t worry about the actual setup of the car itself, there’s no need to ever change the setup of the car if you’re not racing at the limit (and we’re not expecting you to do so right off the bat!). Just drive the track, get a feel for the weight and responsiveness of the car and, if new to “hardcore” simulations, you’ll likely realise this is unlike any other game you’ve ever driven.

Focus on driving clean laps, not going off-track, not locking wheels or getting all out of shape. Focus on hitting your apexes, finding the ideal line through the corners. Treat it like the real thing and try not to crash, as that will only demotivate you. Drive within your limits and slowly up the ante as you get more comfortable.

Going faster
Try to lap consistently within a second of your best lap. Don’t worry if it takes you a few hours to get to that level, it’s normal. As we said: sim racing is hard.

But once you reach that level of consistency, you can head over to YouTube and search for some hotlaps in your car and track combination, or check out one of the Virtual Racing School Data Packs. Take note of braking, turn-in, and apex points and the line taken through entry and exit. 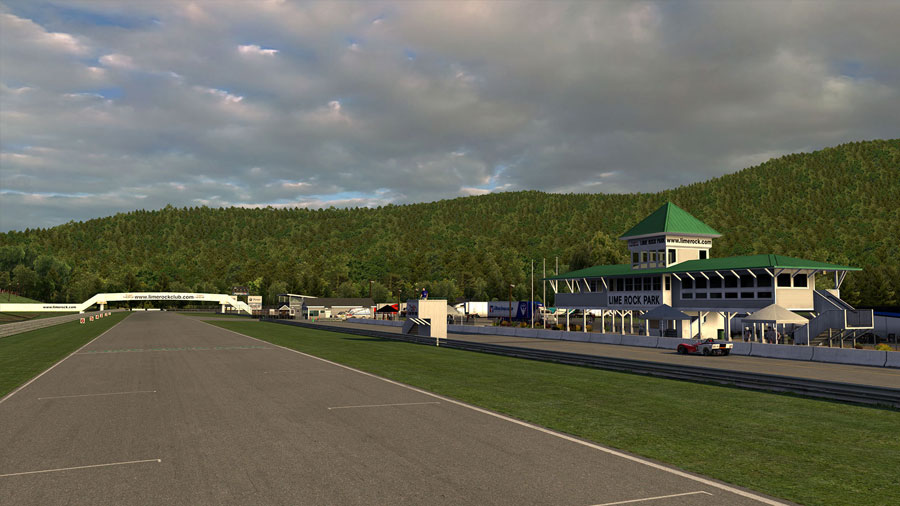 Avoid rushing into a public practice session just yet. Practice in a private session! Before going ‘public’, consider reading up on ergonomics.